MUSANZE: Over 12,000 liters seized in Police operations against illicit brew 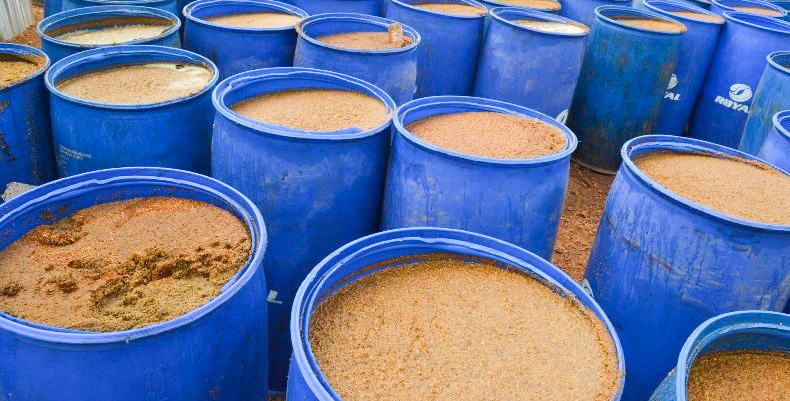 At least 12,950 litres of illicit brew were seized from the two illegal distilleries owned by four people; Nsanzimana Protais, Bizimana Protais, Niyimenya François and Mukamukama Estheria, who were also arrested.

The seizure of the illicit drinks, which were later disposed of, comes at the time when Rwanda National Police (RNP) and partners in community policing, have increased operations against illicit drugs and psychotropic substances and bringing those involved to justice.

‘’These are substandard substances and harmful to human health. If you are not authorized by Rwanda Standard Board (RSB) and you are producing alcoholic beverages, know that you are breaking the law, poisoning people and you will be arrested to face the law,” CIP Niyonzima warned.

He appealed to the public not to consume these poisonous substances, which also influence other unlawful behaviors of assault, domestic and gender based violence, child abuse, among others.

CIP Niyonzima further warned residents against distilling and selling these illicit substances and advised them to go through legal procedures to produce harmless drinks.

The Rwanda Standard Board (RSB) specifies that “only food-grade processing aids recognized as safe for human consumption shall be used during the manufacture.”

Other standard requirements include labeling (name of the products, physical and postal address of manufacturer); net contents in milliliters or liters; ethyl alcohol content; date of manufacture and expiry date; storage instruction; statutory warnings; and list of ingredients in descending order.

Article 263 of law Nº68/2018 of 30/08/2018 determining offences and penalties in general, partly, states that “Any person who, unlawfully produces, transforms, transports, stores, gives to another or who sells narcotic drugs and psychotropic substances commits an offence.

It further provides an imprisonment for a term of not less than seven years and not more than ten years and a fine of between Rwf5 million and Rwf10 million.