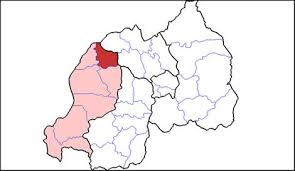 The Police, local leaders and schools in Ngororero and Karongi districts have joined efforts to fight child labour and to ensure that all children go to school.

On Wednesday, the three entities managed to find 38 children in the two districts, who had dropped out of school. At least 25 were found in Ngororero and 13 others in Karongi.

According to Chief Inspector of Police (CIP) Bonaventure Twizere Karekezi, the Police spokesperson for the Western region, the children were first sensitized on the benefits of education and their child rights before they were taken back to their respective schools.

“All these children were found doing casual and hectic work in markets and trading centres. This partnership is meant to fight child abuse including child labour, which also affects education,” said CIP Karekezi.

“Collective efforts by the Police, local leaders, teachers and parents will play a great role to protect child, promote their rights and ensure they acquire education for their better future.”

Bruno Mwumvaneza, the education officer for Rubengera Sector where some of the children were found, urged parents to be responsive to their children

“Sending children to school contributes to their individual and the country’s development. Give these children a future by sending them to school to acquire an education but not to subject them to domestic chores and caring less on their whereabouts,” Mwumvaneza said.

Jean Baptiste Karirwanda, the head-teacher of Ecole Primaire Butezi located in Ngororero sector; said that sensitization should also be extended to parents as the first responders to child protection, their proper upbringing and to their education.