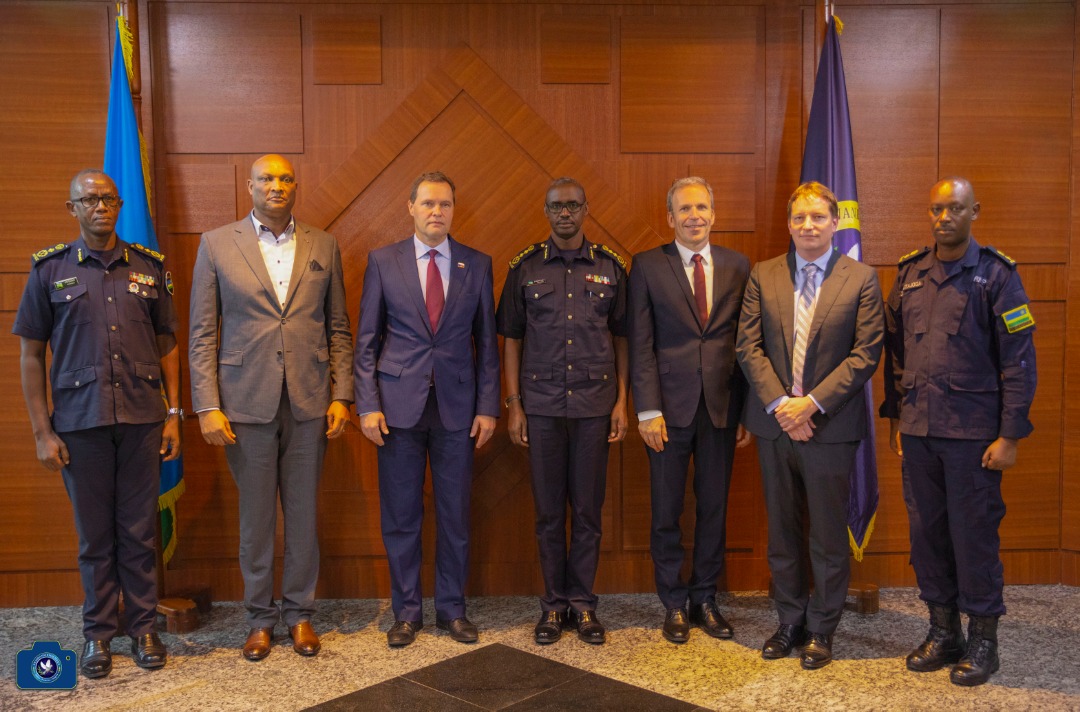 The ambassador of Czech Republic to Rwanda, Martin Klepetko, on Friday, paid a courtesy call to the Inspector General of Police (IGP) Dan Munyuza at Rwanda National Police (RNP) General Headquarters in Kacyiru.

In their discussions, IGP Munyuza and Ambassador Klepetko emphasized cooperation in various areas of Police between Police institutions in the two countries, as an inevitable factor in responding to cross-border crimes.

IGP Munyuza said that cross-border cooperation in matters related to security is paramount. He stressed the need to formalize partnership between RNP and Police of the Czech Republic particularly in areas of capacity building and training.

On his part, Ambassador Klepetko commended the role of the police in homeland security.

“This was an interesting and fruitful meeting with the Inspector General. The Czech Republic is ready to work with our Rwandan friends  in countless fields including security and anti-terror risk efforts. We wish you all success in your different and important tasks,” Ambassador Klepetko said.

Cooperation is one of the priority areas of RNP. So far, the force has signed over 30 MoUs under bilateral arrangements and about 10 others under multilateral frameworks.