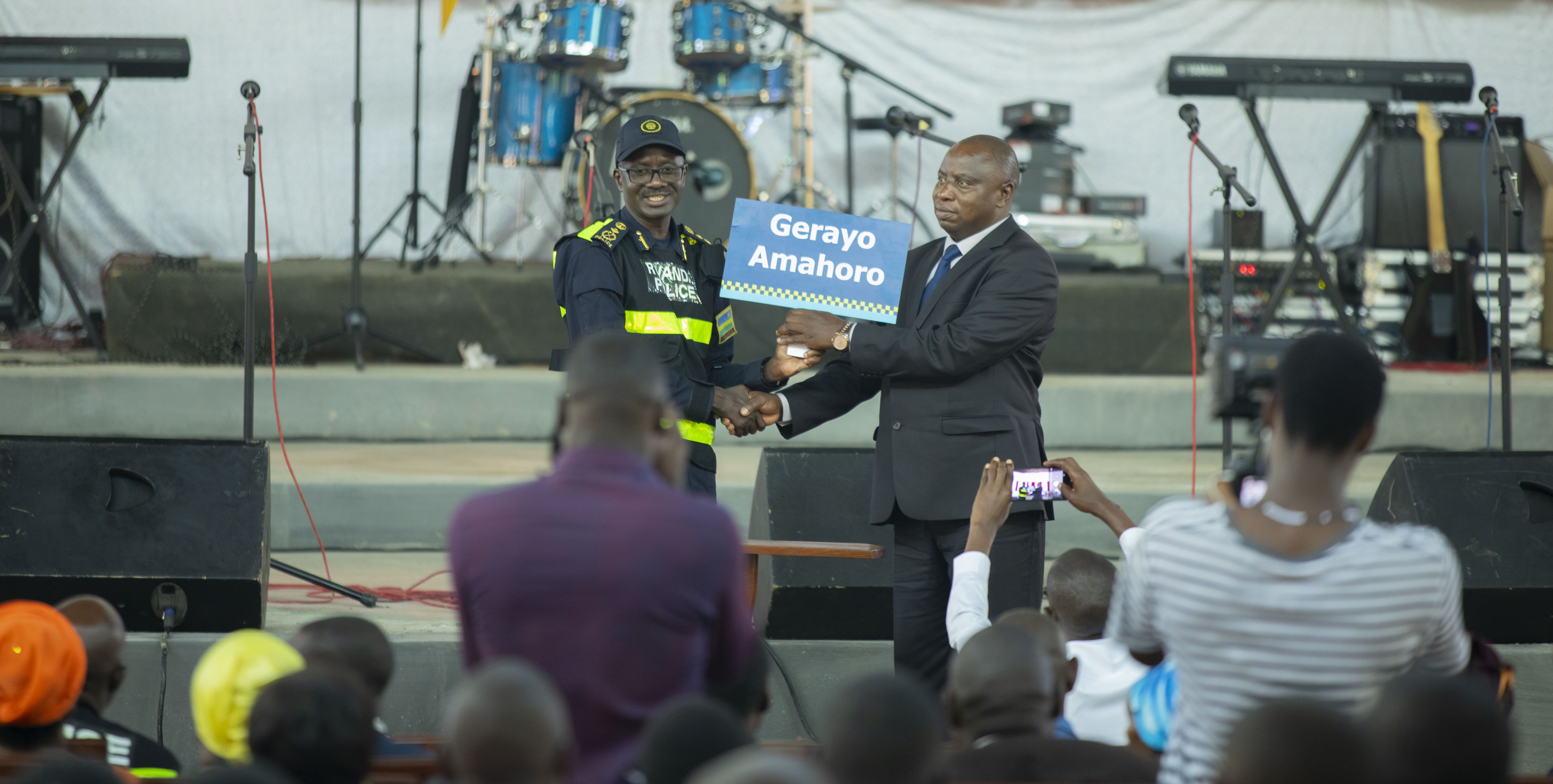 The year-long national Gerayo Amahoro campaign dedicated to influencing a road safety culture was this Sunday extended to 20 other religious denominations under their umbrella ‘Protestant Council of Rwanda (PCR).’

The Protestant Council of Rwanda is an ecumenical and non-profit national council that aims at unity in diversity of the Protestant denominations in Rwanda.

Member churches where the campaign was launched include the Anglican Church, Free Methodist, Pentecost, Evangelical Friends Church of Rwanda, Baptist Association of Churches of Rwanda and Lutheran Church of Rwanda.

Others include The Salvation Army, Presbyterian Church of Rwanda, Baptist Union of Churches of Rwanda and Harvest Christian Church. 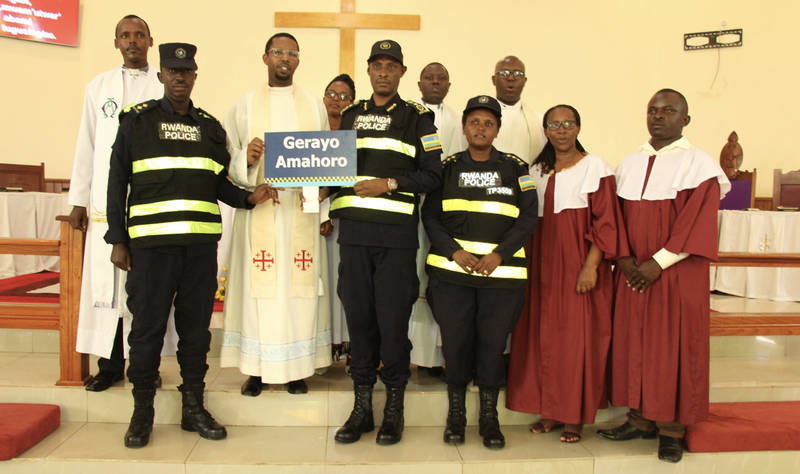 More than 5000 road accidents occur in Rwanda every year killing over 500 people while other 2,000 survive with serious injuries, according to statistics. 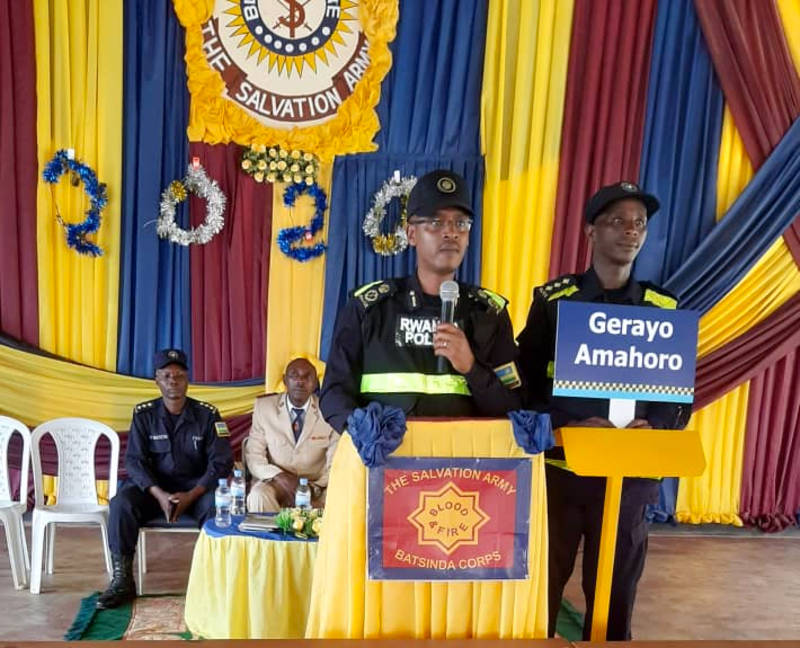 At least 80 percent of these accidents are caused by human behaviors such as using the phone when driving, riding and crossing the road; drunk-driving or riding; speeding; and violating pedestrian cross-walks, among others.

“Rwanda National Police and faith-based groups have some values in common such respect of life, solidarity and tolerance. This partnership will reinforce other existing efforts to influence behavioral change for safer road usage,” CP Kabera said. 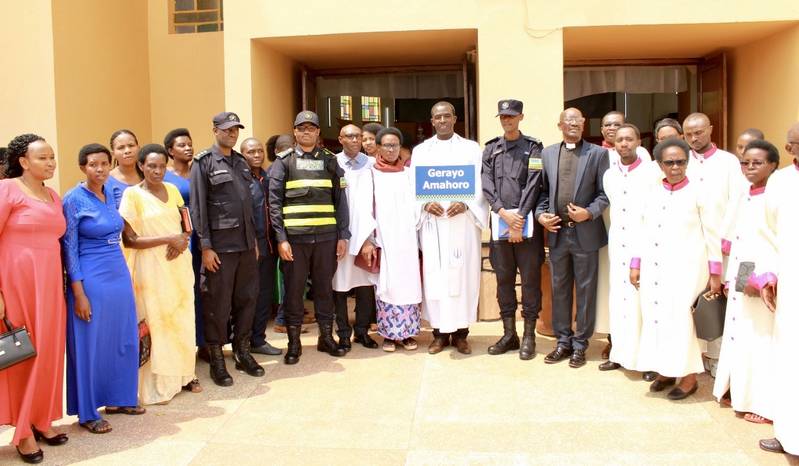 Despite the 17 percent reduction in road accidents, last year, pedestrians were the majority victims of road accidents last year with 223 fatalities, 184 motorcyclists and 130 cyclists.

"This is the 36th week of Gerayo Amahoro, being here in ADEPR and in all PCR member churches, no doubt we will continue to drive this agenda and bring change on our roads together."

This partnership, he said, offers the opportunity to reach, engage and educate millions of Rwandans about road safety across this country. 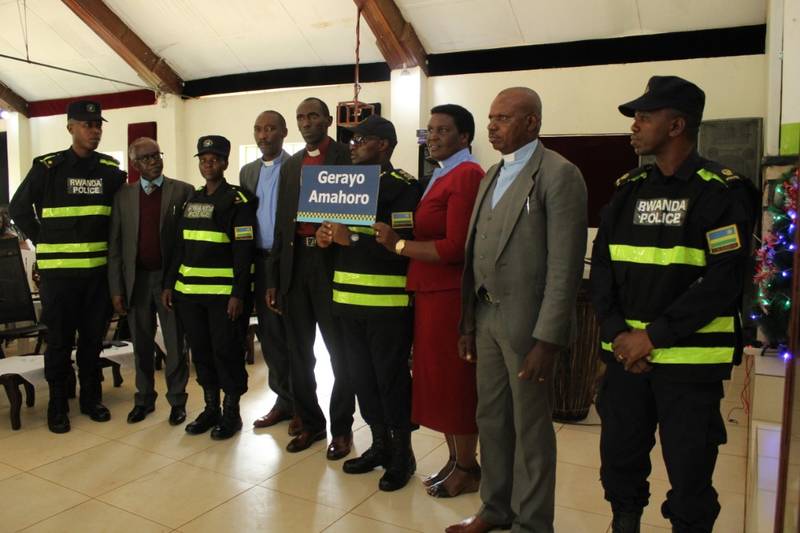 "You all arrived here safe, and we wish the same as you go back home... and always as you run your errands. This comes back to the responsiveness of each and everyone as a driver, rider and pedestrian to give right of way and do away with practices that might cost your life or those of others."

CP Kabera reminded the congregation to respect pedestrian pathways; avoid speeding, use of phone when on the wheel and driving under the influence of alcohol and drugs; wearing and fastening a helmet and seatbelt, and respecting the passing left lane by keeping right. 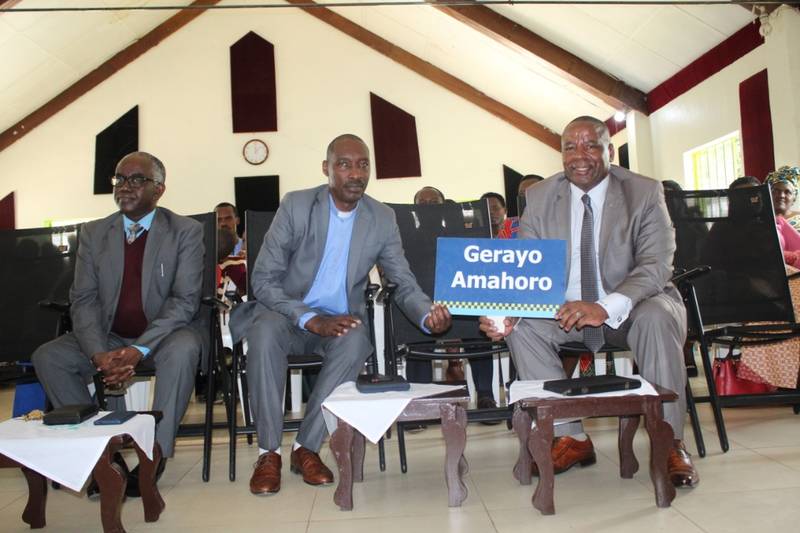 He appealed to faith-based groups to make safer road usage part of their announcements in their services to remind their followers as they go back home.

Reverend Ephraim Karuranga, ADEPR spokesperson, emphasized the role of the church in nurturing hearts, peace and safety including road security.

"As the church, we have a duty to change hearts and influence safer practices including how to use roads. The Lord wishes us well and safe where we live and move including on roads. Roads are there to facilitate God's people not to kill them," Bishop Karuranga said. 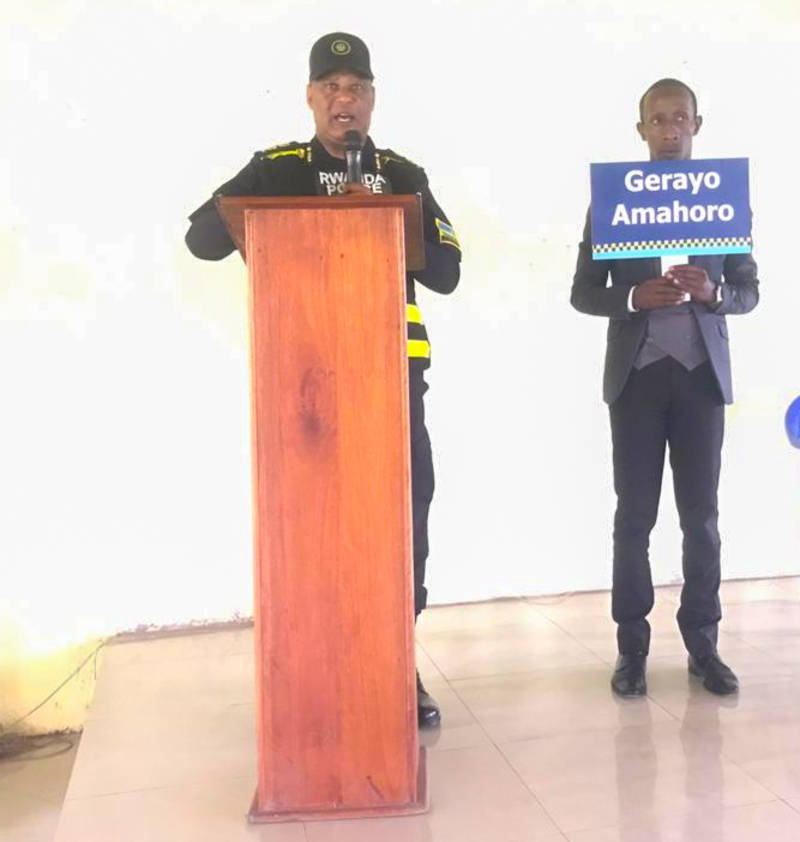 He added: "You should view Police officers on road and in our communities as safety and security, and support them. Again, don't drive under watch; guide and be the first responder to your safety by taking safer choices."

"What the Police is teaching us do not differ from what we believe in. We have to do everything that protects our lives and that of others, that is being a true Christian," Pastor Runezerwa said.

Bishop Emmanuel Ndagijimana of Baptist Association of Churches of Rwanda, told the congregation at Kacyiru church that "Gerayo Amahoro is not for the Police but for all Rwandans." 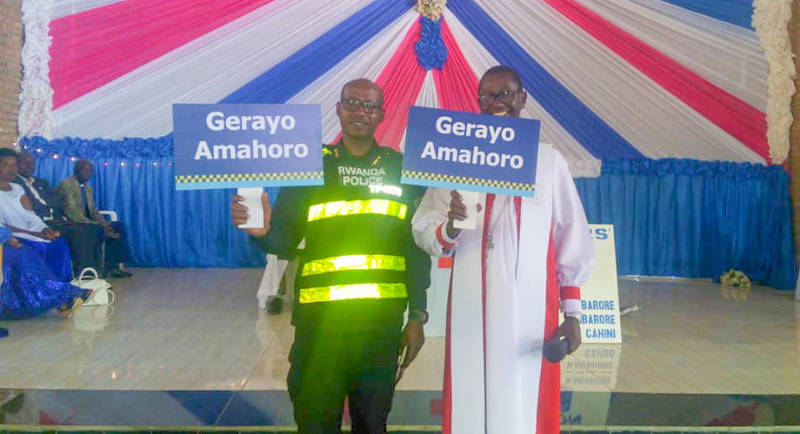 "As we go to church, market, at work and in our journeys; as a motorist or pedestrian, use the road safely and respect rights of other road users. Absence of Police officers on the road shouldn't mean violating traffic rules and putting people's lives as risk," said Bishop Ndagijimana.

Gerayo Amahoro launched in May 2019, led to the reduction of accidents by 42 percent between August and December. Over the last 36 weeks, the campaign has been extended to schools, different categories of motorists, pedestrians, cyclists as well as community meetings and churches.