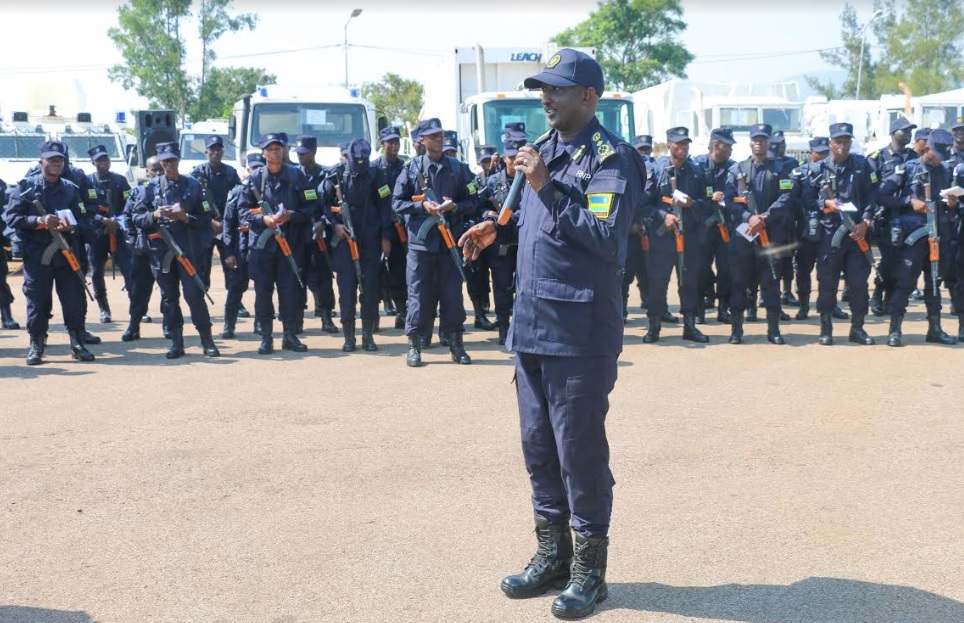 The Deputy Inspector General of Police (DIGP) in charge of Operations, Felix Namuhoranye has challenged Police officers set to be deployed for peacekeeping operations in Central African Republic (CAR) to be defined by discipline and professionalism.

The Protection Support Unit-Five (PSU-5) contingent of 140 Police officers under the command of Chief Superintendent of Police (CSP) Valence Muhabwa is set to replace PSU-4 under the United Nations Multidimensional Integrated Stabilization Mission in the CAR (MINUSCA) rotation.

During the pre-deployment briefing on Tuesday at the Rwanda National Police (RNP) General Headquarters in Kacyiru, DIGP Namuhoranye said that “preserving and holding the national flag high goes with discipline, professionalism and facing the challenges positively.”

“Your country selected, trained and equipped you to accomplish your mandate. You are not the first to be sent for this national duty, so we expect nothing less; continue setting the bar high and set a challenge for those who will replace you,” DIGP Namuhoranye said.

He urged them to aim for “incident-free mission” which he said is determined by discipline, team spirit, respect and professionalism.

“Be where you are supposed to be in the right time doing what you are required to do. Whatever you do, even when off-duty, the way you speak, walk, dress, stand, and operate; everything should depict the Rwandan values in you.”

“Any error by one Police officer affects the whole contingent, the institution and your country and we can’t afford that.”
Rwanda started deploying Police peacekeepers to CAR in 2014. PSU is one of the three Rwandan Police contingents currently serving under MINUSCA, each composed of 140 officers. Two other contingents serve as Formed Police Units (FPU)s.

The PSU is particularly in charge of security for CAR Prime Minister, MINUSCA Special Representative of the UN Secretary General and other high profile government and UN officials as well as other special duties assigned under Joint Task-Force Commander.