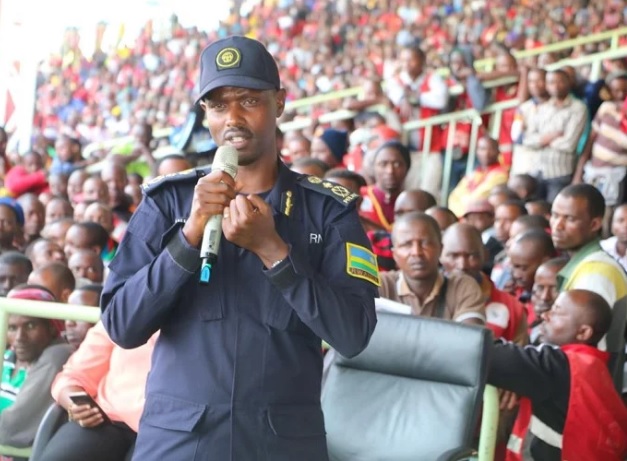 The commissioner for Traffic and Road Safety department, Commissioner of Police (CP) Rafiki Mujiji, said that this “reckless driving” is against traffic rules and regulations and one of the growing causes of accidents.

“Motorists should have it in mind that the left lane, especially on two-lane-one direction road, is reserved for passing or overtaking traffic. This means traffic using the left lane must yield to traffic wishing to overtake. Keep right, use the left lane only when want to overtake” said CP Mujiji.

The call comes as part of the ongoing year-long Gerayo Amahoro campaign, which is currently in its 36th week; a national effort aimed at preventing fatalities on road.

“The presidential order regulating general traffic police and road traffic states that every driver, who wants to overtake, uses the left side of the road. It is the safe maneuver for every road user. Other than that, keep right. It is sad that we still observe some drivers and motorcyclists comfortably keeping the left side and others using the right lane to overtake. This is one of those human violations we are standing up against,” CP Mujiji warned.

At least 80 percent of road accidents are caused by human behaviours and thus, preventable.

CP Mujiji outlined some tips to follow before overtaking.

“When you want to overtake, you must ensure that no following driver has started a maneuver to overtake you. A driver also must ensure that the preceding driver on the same way has not shown intention to overtake another motorist or turn on the left. You must also consider that the traffic band he is going to follow is free on a sufficient distance,” he said.

“A motorist must ensure that the maneuver will not in any nature put in danger or to hold up users coming in the same or opposite direction.”

The Presidential Order regulating traffic states that "in normal conditions, every driver must maintain his/her vehicle near the right edge of the road".

"Driving on the left, when not overtaking is forbidden as it disrupts traffic and, above all, obliges other drivers to take dangerous maneuvers to overtake. We have started operations to penalize and fight these human behaviours," CP Mujiji said.

He further warned people who violate roundabouts rules and regulations.

“When entering the roundabout; give the priority to motorists already in. They have the right of way. Stay in your lane and do not stop in the roundabout.”

CP Mujiji observed that one of the most common mistakes that people use on roundabouts is “signaling incorrectly, or not at all.”

“When used properly, indicators can be an excellent way to increase safety and convenience on a roundabout; by letting those around you know of your intentions. The rule is to always signal immediately before your exit, just as you would when turning,” he emphasized.