Another suspected impersonator arrested in Kirehe 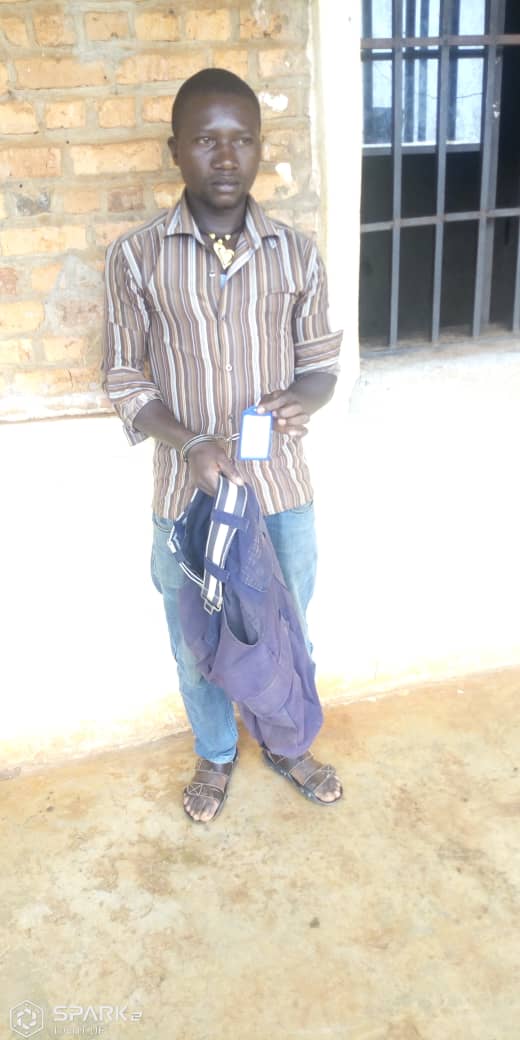 Another suspected impersonator was arrested on Sunday in Kirehe District as Police continues to crackdown on people involved in scam activities.

Jean Bosco Habimana, 29, who was guising as law enforcement personnel, was arrested in Rurama Village, Nyakagezi Cell in Gahara Sector where he was duping some people promising to handle their cases that are under judicial process.

According to Chief Inspector of Police (CIP) Hamdun Twizeyimana, the Police spokesperson for the Eastern region, Habimana was calling grassroots leaders especially village chiefs inquiring about families and individuals in their localities with family conflicts or cases in RIB and courts.

“He was posing as a member of law enforcement agencies and scamming people promising to address their legal cases. He was reported by local leaders and residents after they became suspicious of his clandestine activities,” CIP Twizeyimana said.

The arrest of Habimana follows another Police impersonator arrested in Gasabo District last week after he attempted to defraud a taxi-moto operator.

In late December last year, Rwanda National Police (RNP) also arrested three men, who were masquerading as one of their own and defrauding people. The trio was guising as Police officers attached to the Traffic and Road Safety department and promising their targets to give them driver’s license. At least Rwf800, 000 was conned from five people in Gasabo and Gicumbi districts.

“We urge the public to be vigilant, anyone who asks money in return for a serve is either defrauding you or soliciting bribes; don’t hesitate to report such lawbreakers through any known Police communication channels,” said CIP Twizeyimana.

Fraud, deception, obtaining another person’s property by use of false names or qualifications, is punishable with a prison term of two to three years and a fine of between Rwf3 million and Rwf5 million, as stipulated under article 174 of the penal code.