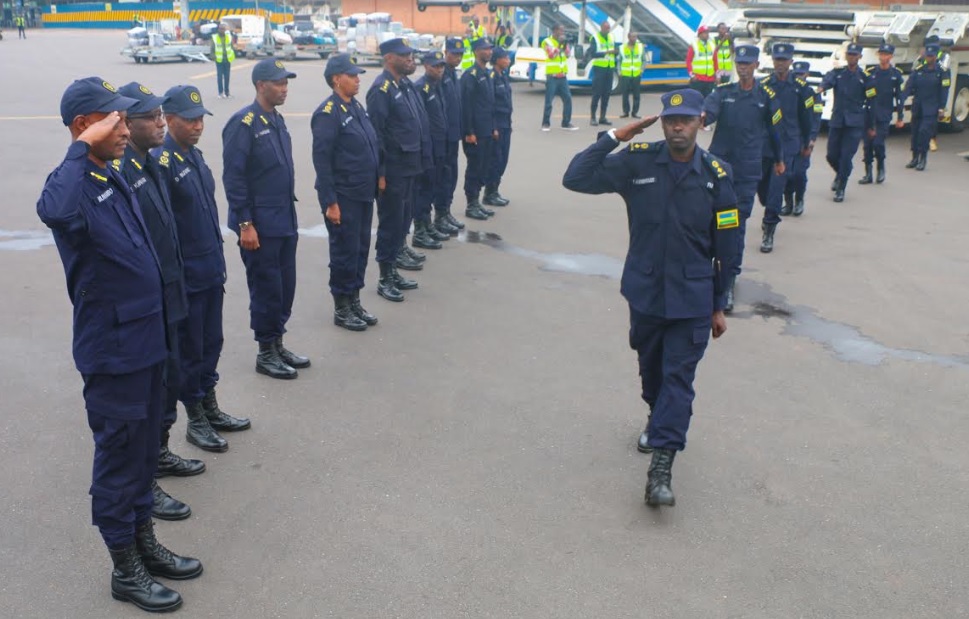 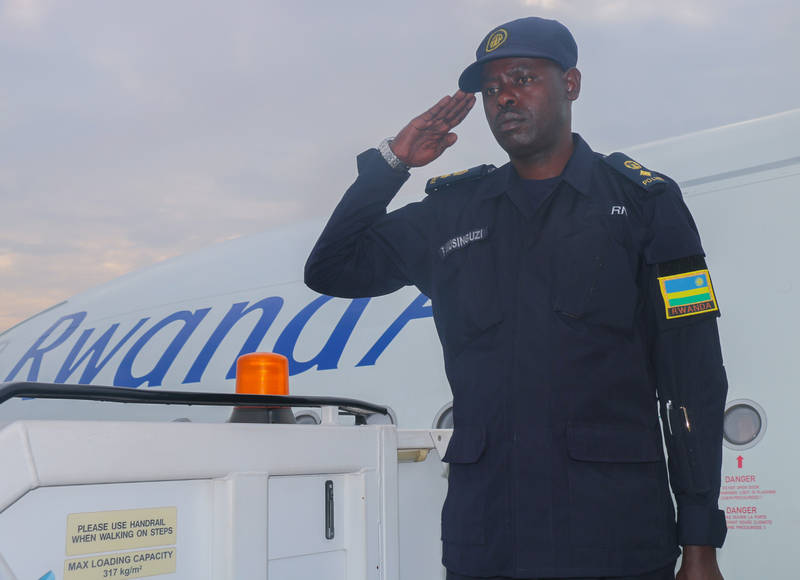 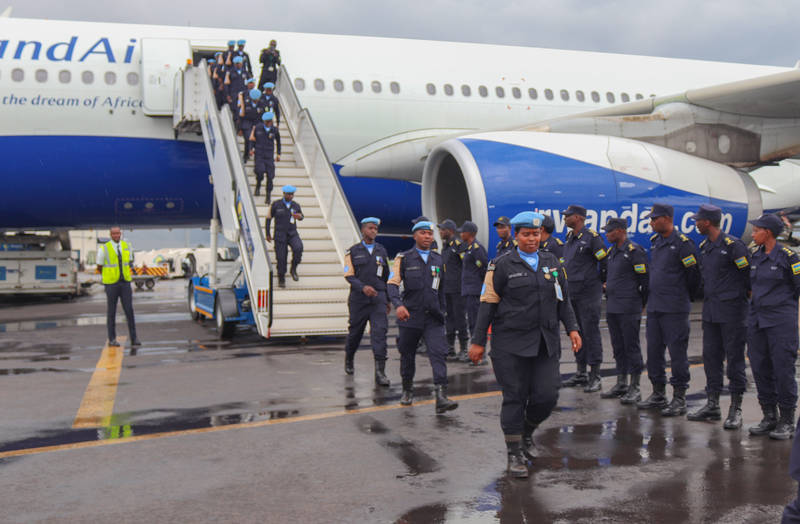 Rwanda FPU1-V took over the stands in Malakal, Upper Nile State where they will be largely charged with the protection of civilians in internally displaced camps, UN personnel, security of key installations and humanitarian assistance, among others. 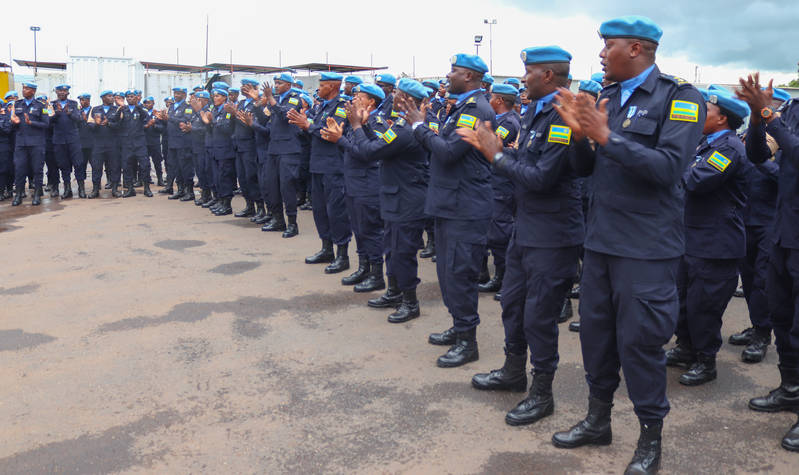 CP Munyambo, while speaking to the replaced contingent on arrival at KIA, thanked them for the “good work” and “representing the country ably.”

“You were given enough training prior to your deployment and it’s so impressive that you put the skills to good use with discipline, teamwork and professionalism; the awarded medals of service excellence defines your good work of peacekeeping in South Sudan,” CP Munyambo said. 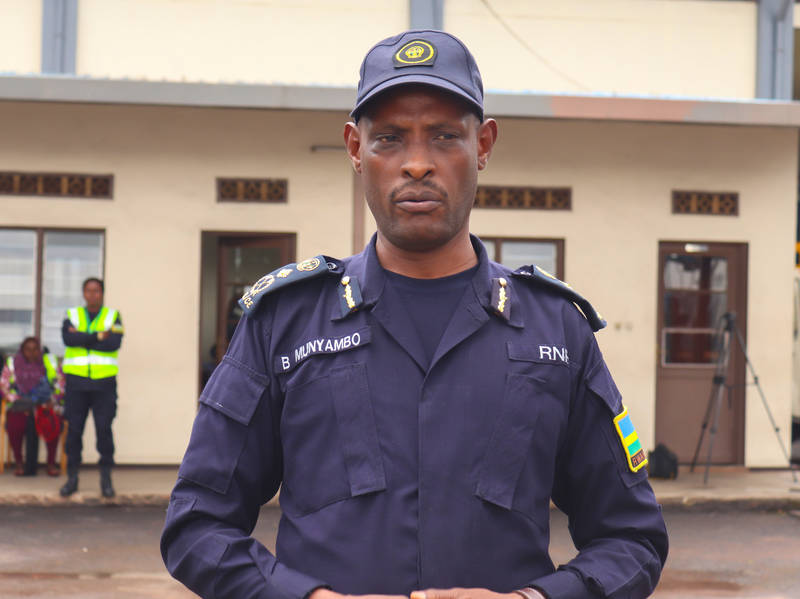 SSP Jean Bosco Rudasingwa, who guided FPU1-IV safely back home, commended the conduct, teamwork spirit and resilience of all the officers during their one year tour of duty, which facilitated them to accomplish their peacekeeping mandate.

“Our country trusted us with a mission to support peace and security efforts for our brothers and sisters in South Sudan; it’s a duty we took up with much value and commitment, and we are happy that we have come back home with medals of service excellence, safe and healthy,” SSP Rudasingwa said. 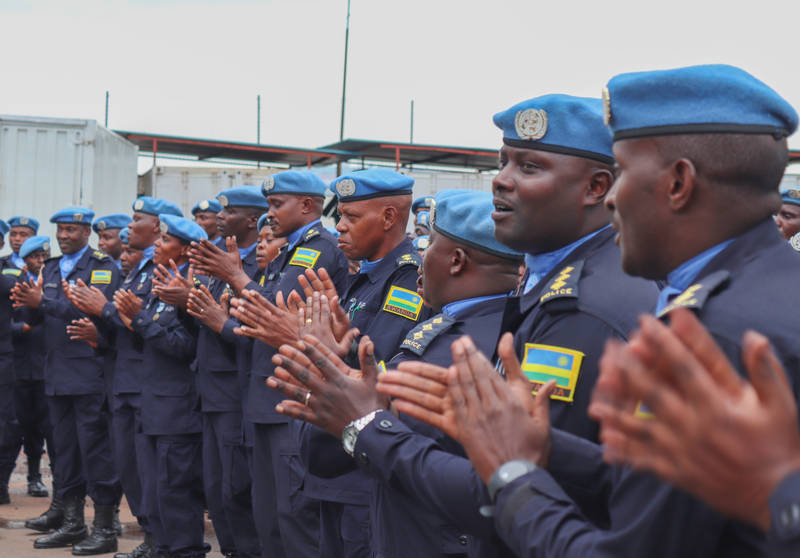 He thanked the people of South Sudan, the leadership and other peacekeepers for their support and partnership in peacekeeping duties.

The hybrid contingent is one of the three Rwandan FPUs deployed under UNMISS. Two other contingents are composed of 160 officers, each.

Rwanda, which is ranked the second Police contributing country across the globe after Senegal, maintains over 1000 officers in different UN missions.