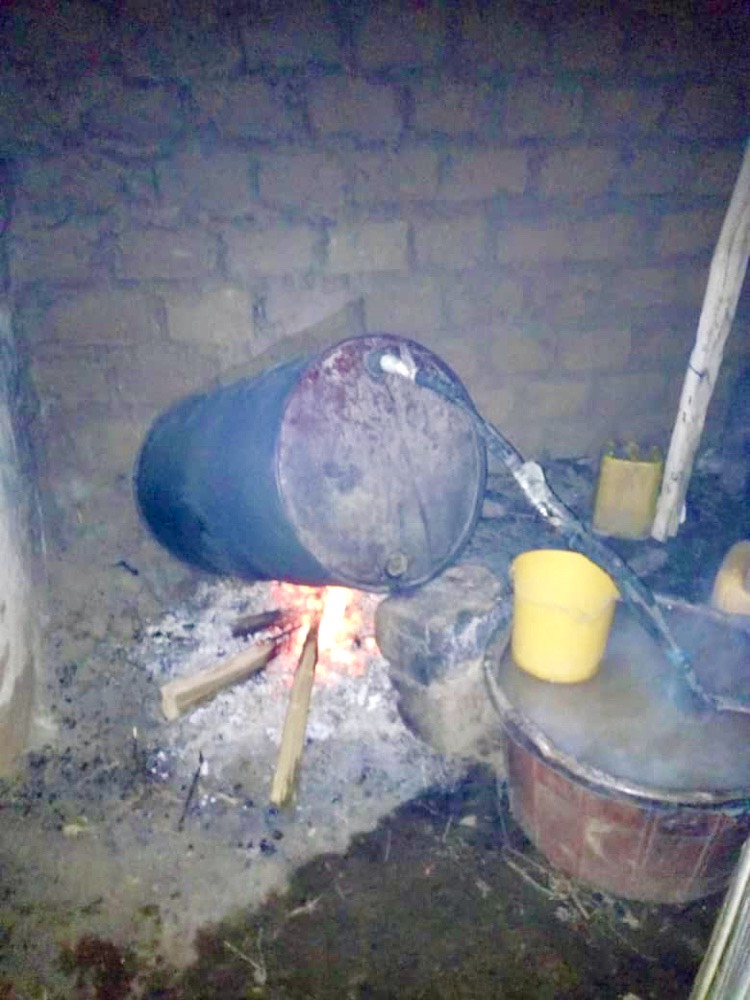 Police in Ruhango District arrested one Andrée Mugwaneza, 36, on Sunday, after he was found distilling Kanyanga, a crude illicit gin.

Chief Inspector of Police (CIP) Sylvestre Twajamahoro, Police spokesperson for the Southern region, said that Mugwaneza was arrested red-handed at his distillery in Ruhango Sector.

“Mugwaneza had already distilled 27 litres of Kanyanga and was still distilling other 100 litres. Police also seized assorted equipment and raw materials which he was using to distill the illicit drinks,” CIP Twajamahoro said.

Mugwaneza was recently released in prison on Presidential clemency for the same crime.

“The successful operation was in response to information provided by local authorities about the suspect’s unlawful acts. His wife tried to advise him against the criminal acts but he refused,” the spokesperson explained.

The suspect was handed over to Rwanda Investigation Bureau in Ruhango.

CIP Twajamahoro warned against distilling and selling narcotic drugs and psychotropic substances and called for information sharing on people engaged in such criminal acts.

Kanyanga is classified as a psychotropic substance in Rwanda with a sentence ranging between seven and ten years in prison under article 263 of the law determining offences and penalties in general in Rwanda.