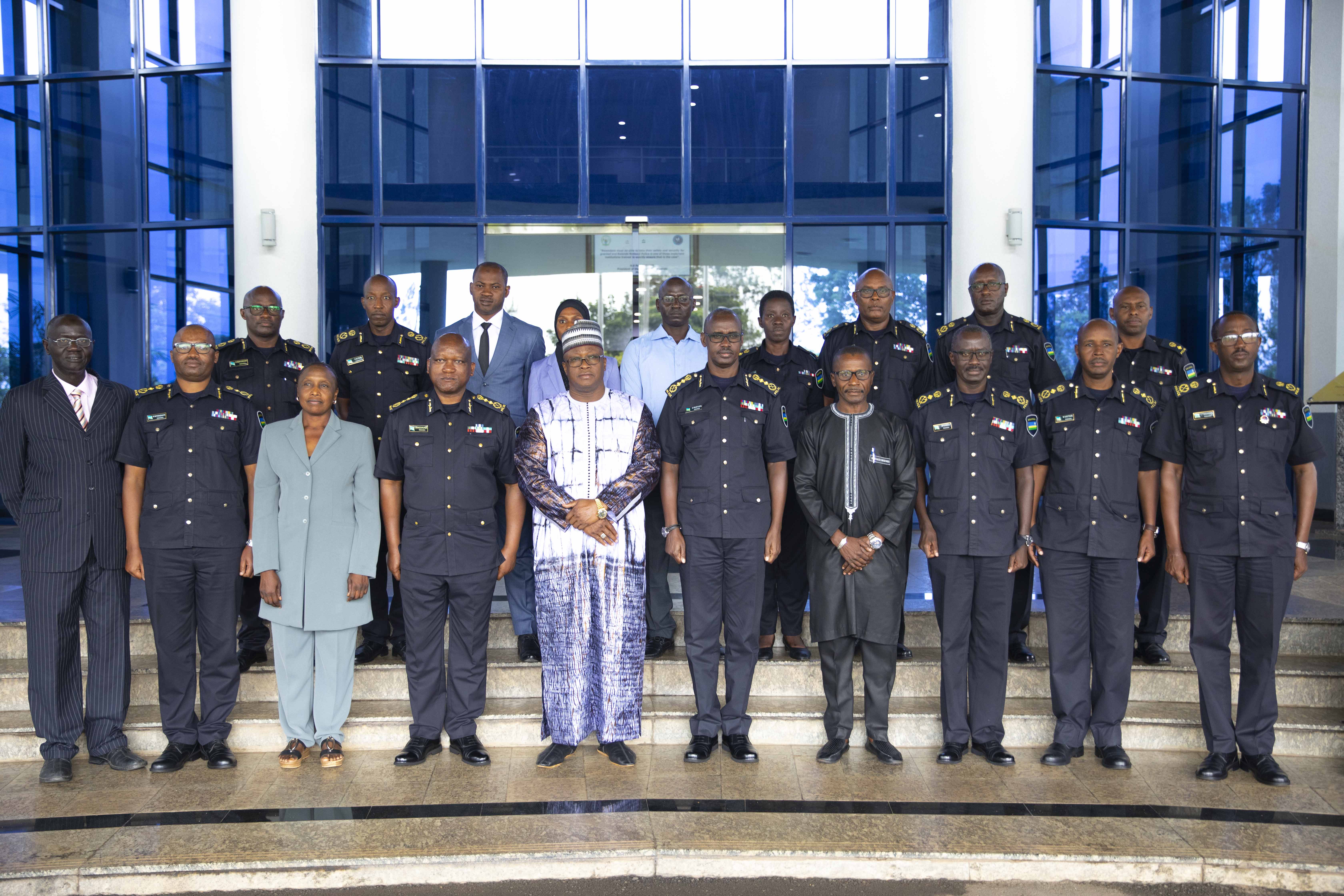 IGP Jobe and his delegation are in Rwanda for a week-long visit aimed at benchmarking best policing practices for home customization as part of their ongoing security reforms.

IGP Munyuza, while speaking during the bilateral meeting, said that RNP prioritizes and values, among other aspects, regional and bilateral cooperation to join efforts in the fight against cross-border and transnational crimes such as terrorism, which continue to pose threats to continental and international peace and security.

“To address these contemporary security threats as security institutions, we are compelled to explore measures and possible areas of mutual interest as we work together to strengthen cooperation,” said IGP Munyuza.

RNP has signed about 40 bilateral and multilateral agreements, and participates in four UN peacekeeping missions with about 1100 Police officers.

As members of AFRIPOL [Africa Police], the Police Chief said that the visit and the bilateral meeting is an indication of commitment and formalization of cooperation for the benefit of the people in the two countries.

“Rwanda National Police and The Gambia Police Force, by mutually cooperating, our people will greatly benefit and our policing programmes will undoubtedly be scaled up towards sustainable peace and security of our countries.”

IGP Jobe, on his part, said that learning from each other to equal in policing as African law enforcement institutions will help to be on the same footing in confronting common security challenges.

“Some of our police officers have received training here in Rwanda and we find them to be more professional in their assignments, we want to discuss and learn these quality practices; this is the beginning of our stronger relations ahead,” said IGP Jobe.

Three Gambian Police officers are among the graduates of the Police Senior Command and Staff Course (PSCSC) at the National Police College (NPC) in Musanze District.

The year-long PSCSC combines both the Police professional programme in command and strategic leadership and a master’s in Peace Studies and Conflict Transformation.

IGP Jobe and his delegation, during the next seven days, will also visit various RNP facilities, including schools, departments and other specialized units such as Traffic and Road Safety, public order management, peace support operations and specialized operations.