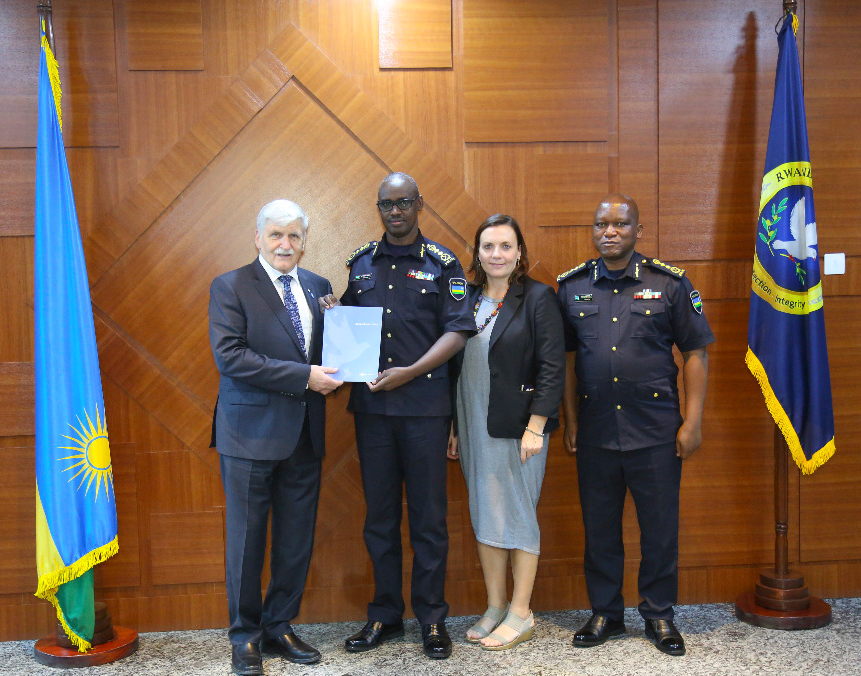 'Romeo Dallaire Child Soldiers Initiative' is an organisation that trains security organs (Military and Police) on prevention of recruitment and use of child soldiers.

"IGP and Gen. Dallaire agreed to formalize partnership between RNP and Romeo Dallaire Child Soldiers Initiative, which will detail all areas of cooperation," said CP Kabera.

"The partnership will mainly focus on training of Police officers scheduled for UN peacekeeping missions, on dealing with children vulnerabilities and educating young people against radicalism. The training will also produce other Police trainers, who will train other officers," CP Kabera explained.

Gen (rtd) Romeo Dallaire is a Canadian, who commanded the UN peacekeeping force that was deployed in Rwanda during the 1994 Genocide against the Tutsi.