Rwanda National Police (RNP) and MTN-Rwanda, on Thursday, rolled out a countrywide road safety campaign against distractive driving/riding, which is aimed at preventing use of phone while on the wheel.

Commissioner of Police (CP) John Bosco Kabera, while addressing a gathering of drivers, passengers, managers of public travel agencies and motorcyclists at Nyabugogo and Downtown bus terminals, said that “Gerayo Amahoro should be the spirit and a cultural heritage.”

“We are combining law enforcement and educating road users on safer road usage, but ultimately we want people not to be forced but make safer choices that drive the culture of maximum respect for traffic rules and regulations,” CP Kabera told the gathering.

“When you are driving or riding (motorcyclists and cyclists) or crossing the road, don't use a phone... that's what we are focusing on this month. Don't receive, call, text or use a phone when crossing, driving or riding. This distractive use of road is one of the risky human behaviours contributing to fatal accidents."

With over 5000 accidents registered last year, about 2000 of them were due to use of phone, according to statistics.

CP Kabera reminded pedestrians to always use the left side of the road facing incoming traffic; look left, right and left before crossing; motorcyclists to always ensure their helmet and that of the passenger is locked; and respect for pedestrian crosswalks.

“We urge passengers to develop the spirit of reporting; when your driver doesn’t introduce themselves to you and play Gerayo Amahoro audio before starting the journey, call the Police or RURA... be equally in charge because such reckless actions of drivers or riders put your lives at high risks of fatal accidents," he told passengers and pedestrians.

CP Rafiki Mujiji, commissioner for Traffic and Road Safety department, said: “We should be dealing with disasters that cause accidents but not premeditated accidents resulting from speeding, use of phone, disconnecting speed governor device, violating traffic lights, pedestrian crosswalks and deadly overtaking especially in sharp corners. When such actions end the wrong way, it is not an accident.”

ACP Tony Kulamba, the head of transport at RURA, warned of “severe actions” against drivers whose behaviours put people's lives at stake.

"Gerayo Amahoro should be the message on the minds of everyone, anything related to safety should be held with high esteem. Any motorist, who doesn't see the value of such campaign doesn't qualify to be in the transport industry, and that gives powers to passengers to support enforcement efforts to keep you in the safety line if you can't do it yourselves," Kulamba told motorists.

He also warned drivers, who disconnect the speed governor so as to speed, which attracts a penalty of Rwf200, 000.

Fidele Kazungu from MTN risk management docket said that safety is their priority. “One phone can kill many, we encourage customers to take safety first… use a phone when you are safely parked or after crossing the road; a single phone call or text can be distractive and lead to fatal accident, especially when you are driving.”

The month-long sensitization against distractive driving/riding launched concurrently in all bus terminals across the country, also focuses on preventing pedestrians from using a phone when crossing the road. 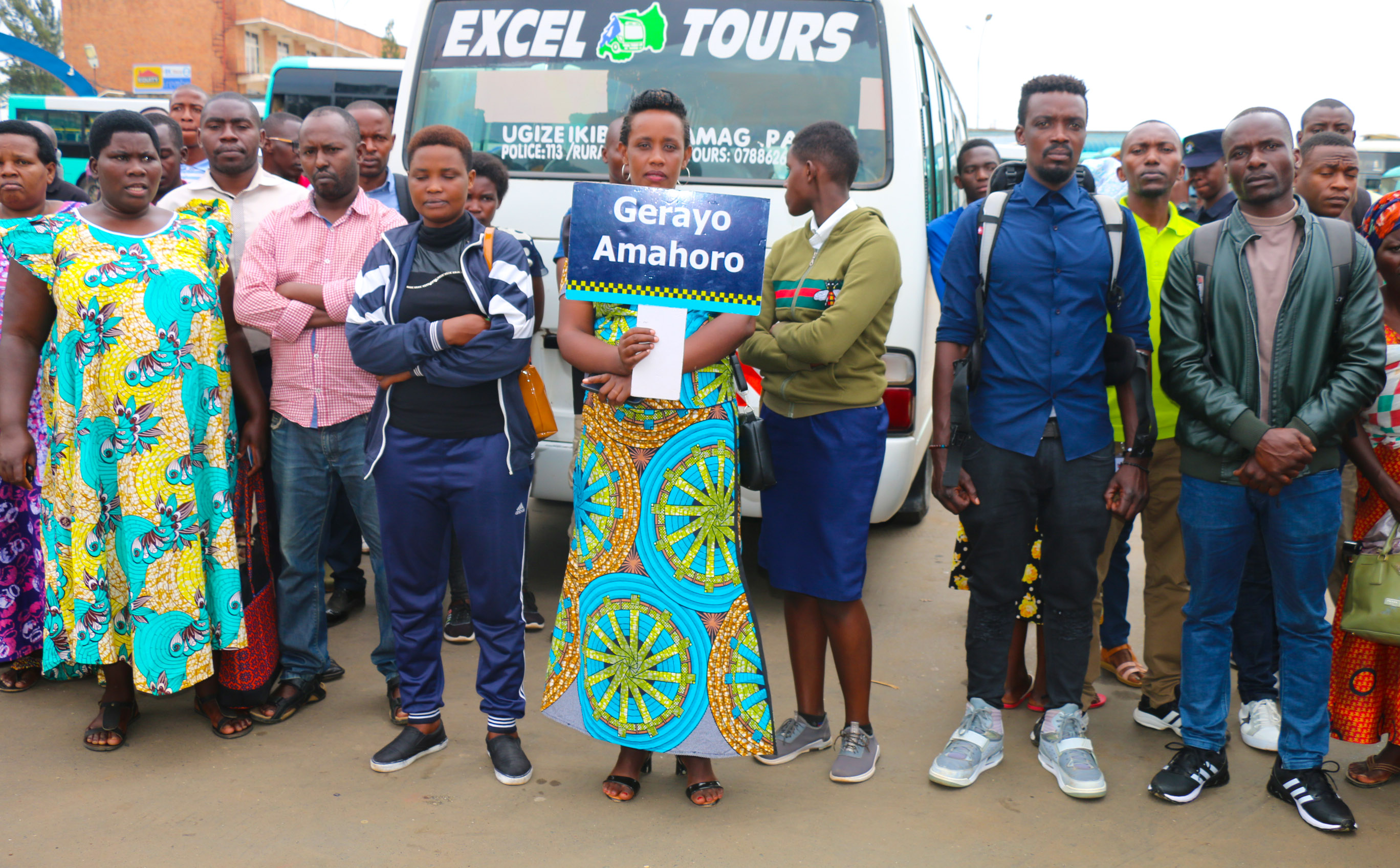 It is part of the 52 weeks--all year round--known as Gerayo Amahoro (arrive safe), which is now in its 26th week, and comes to reinforce other initiatives meant to prevent all human reckless actions on road, which are blamed for most fatal accidents.